The Spartans Community Football Academy is delighted to be supported by our board who have a wealth of experience in the public, charitable and private sectors.

Craig joined Spartans FC as a player in 1984 and became Chairman of the club in 1996. He helped to set up the original Spartans Charity in 2006 with the dream to create a social home for the community with Spartans FC at its heart. Craig is the Chairman of The Spartans Community Football Academy and works closely with staff and fellow trustees to lead the development of its vision and strategic initiatives.  He is immensely proud of the impact that The Academy has had in the community of North Edinburgh.

Craig is a partner at KPMG where he specialises in advising the insurance sector in Europe.

Allan was educated at Robert Gordon's College in Aberdeen and studied law at Edinburgh University. He joined Dickson Minto as a trainee in 1994 and was assumed as a partner in 2003. Allan specialises in corporate law. He is also a governor of Merchiston Castle School. Allan first became involved with The Academy as a coach in the Youth Section and advises the Spartans family on legal issues. He has been a trustee since 2010.

John began his long association with Spartans as a player in 1978 and was one of the original trustees of The Academy. Following his playing career he began coaching with the club - a role that he enjoyed for 15 years. John is currently the Spartans Football Club Secretary and is also on the board of the Scottish Lowland Football League, where he is their representative within the Scottish Football Association. John has a background in education and worked for over 30 years in several high schools in teaching and management positions.

Paul Godzik was the Councillor for Meadows and Morningside Ward and the Convener for Education, Children & Families at the City of Edinburgh Council. Paul has a public policy and communications background and has worked extensively in the public, private and charitable sectors for a number of organisations including Scottish Power, Scottish Water, RBS, the Royal Highland Show and Tennent-InBev.  Most recently he has worked as Scottish campaign adviser to environmental charity 10:10.

As well as being a trustee of the Spartans Community Football Academy, Paul is a former board member of the Edinburgh Festival Council, the Royal Lyceum Theatre and Festival City Theatre Trust.

Fred has been a community activist in North Edinburgh for 30 years and is an ex-football player and avid Spartans FC fan. He is honoured to be involved with The Spartans Community Football Academy as he knows how much the community has become enriched by The Academy. Fred is dedicated to maximising and extending the reach of The Academy for the community and is looking forward to the its continued success and working to encourage local residents to come along to support and enjoy the The Academy, its facility and its teams.

Mark is originally from Aberdeen where he was educated at Robert Gordon’s College with funding from a philanthropic scholarship. He then attended Oxford and Harvard Universities before completing a Ph.D. in politics at the University of Edinburgh. Mark joined Edinburgh investment firm Baillie Gifford in 1996 and became a partner in 2004. He currently manages global equities portfolios. Having received a scholarship that he believes was crucial to his own success, Mark is passionate about the power of education to provide opportunities for young people. Mark lives is Edinburgh and is married to Claire with whom he has three children.

Lindsay was educated at Wallace Hall Academy in Dumfries and Galloway and moved to Edinburgh to study law. She graduated in 1996 with first class honours.  After completing her Diploma in Legal Practice she trained with corporate law firm Dickson Minto W.S. in Edinburgh and London where she has remained since. Lindsay, who has experience of fundraising with The Princes Trust, plays an active part in The Academy charitable fundraising and currently organises our highly successful annual corporate fundraising dinner that is a mainstay in our calendar and tremendously important in securing the sustainability of The Academy. She was assumed as a trustee in 2016.

Jennifer was educated at Plockton High School in the Highlands of Scotland from where she went on to do an honours degree in Geography from the University of Glasgow. She subsequently did an M.Sc. in Marketing at Strathclyde University. Jennifer joined advertising agency The Morgan Partnership in 1995  where she continued her career as an Account Director and Head of Account Management until she and her husband had twin girls. Jennifer sat on the charitable committee of her children’s school for several years and volunteers for The Academy advising them on Marketing and Communications. Jennifer joined The Academy as a trustee in January 2016. 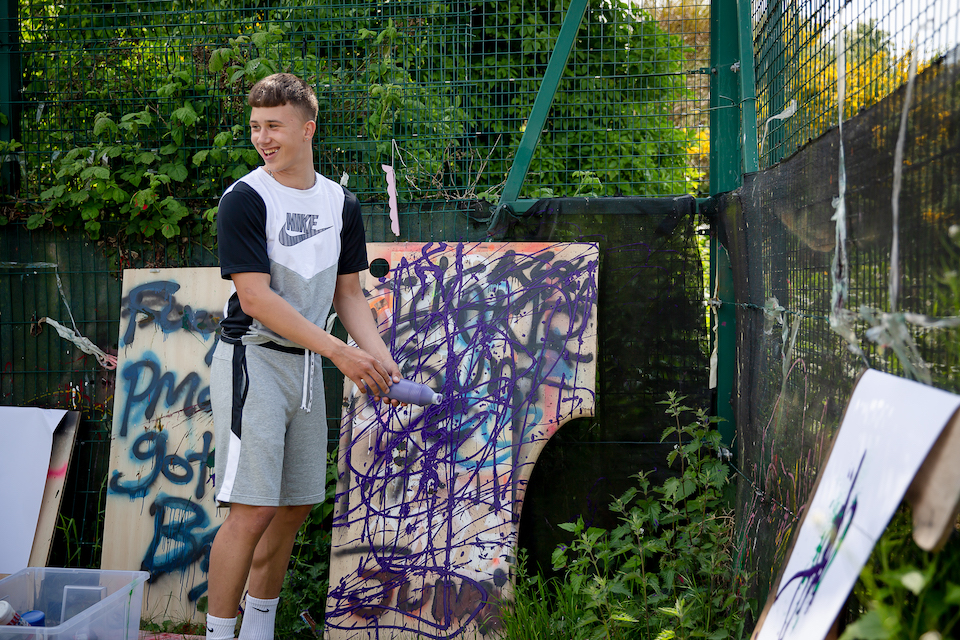 More about what we do