Come and enjoy walking football with us every Monday from 12-1pm. All you need is a pair of moulded studs or blades and if you don't have any, we have some that you can borrow if you need them. Walking football is open to all adults and is a great low impact way to keep fit and meet new people. We asked Doug, one of our regular participants to tell us about his experiences at Walking Football.

I met Garry “Grim” who organises walking football when we were working on another football project and he told me he was thinking about starting a Walking Football group at Spartans. I've been coming along since 2016. I know that keeping active is clearly very important but so are the social aspects. The Walking Football group are a great bunch of characters who play in a competitive but friendly spirit and where a laugh or a joke is not far from the surface! The post-match cup of tea and trying to answer some football questions is all part of the match-day ritual.

For me the best bit of Walking Football is summed up by a player who was playing his first game and dutifully took his turn in goals. At the end of the match I asked him if he had enjoyed it. He replied: “ Brilliant! It is the only time I have let in three goals and not been shouted at!".

I usually play in defence but just a week ago I scored a goal and had three assists. The slight problem was that one of the assists was a pass to an opponent who promptly scored and this dented any remote chance I had of receiving the Player of the Match Cup!

I'd say give Walking Football a try. Many people who have joined up have not kicked a ball for some time but it soon comes back. Why not come along and at least take part in the pre-match kickabout? Don’t worry about not having the correct footwear when you first arrive as a visit to the “boot bank” will find you a pair of boots in a garish colour! The rules only allow three touches that means everyone gets involved in the game. Find some space and the ball will come to you! 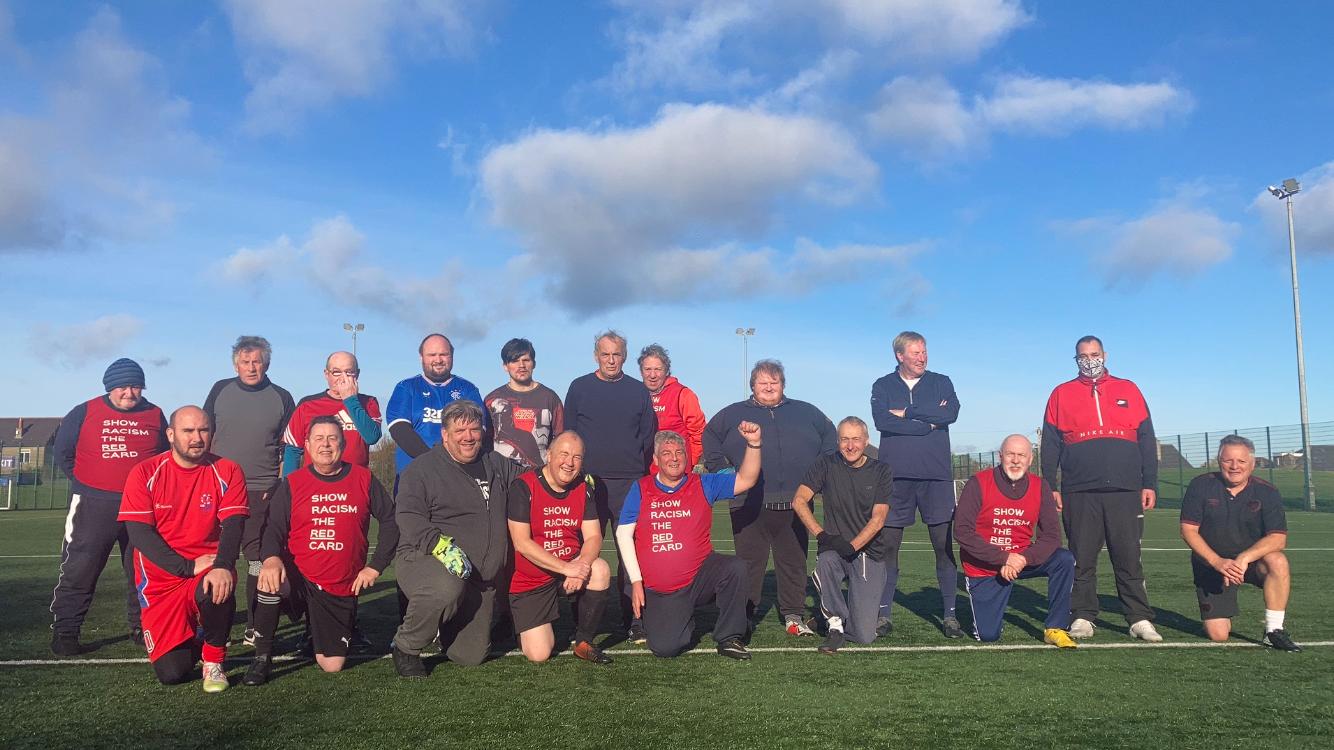 "At Walking Football we have a great mix of people who just want to have a bit of fun, be active and who love coming along for the social side."

Your support helps us to provide services to the community in North Edinburgh.

The Academy is a social enterprise based in the North of Edinburgh aiming to support our community through the power of people and sport.